announced that they had thwarted a dangerous smuggling operation through the port to an African country, which included about a ton of “hashish elkif” and more than 800 thousand “Captagon” pills.

In a statement, the Public Relations Division of the General Directorate of the Lebanese Internal Security Forces said the following:

“Information was available at the Information Division of the Internal Security Forces about preparations for the operation to transport a large quantity of hashish and Captagon pills to an African country, via a shipment of car oils and lubricants. Immediately, the specialized units in the division began their investigations, and as a result of the follow-up, they were able to determine the identity of the mastermind. For the smuggling operation, he was named ZH, born in 1974, of Lebanese nationality, and orders were given to a special force in the branch to work on locating his whereabouts and arresting him.

And the statement continued: “On 2-1-2021, and through a qualitative and lightning operation, this force managed to stop him in the locality of Airport Road, and through coordination with the General Directorate of Customs, the location of the suspicious shipment was located inside Beirut Port, where a joint force of the two parties searched it. On January 4-2021, a quantity of 861 kilograms of hashish and 812 thousand “Captagon” pills were seized in car grease barrels, with the aim of smuggling them abroad.

And the statement concluded: “With the investigation of the arrested person, he confessed what was attributed to him, and was sent to the competent court, based on his indication, and work is underway to arrest the rest of those involved.”

An investigation into “care homes” reveals the killing of 9,000 children in a European country!

An investigation into “care homes” reveals the killing of 9,000 children in a European country!

In implementation of the Russian-Turkish agreement in Syria ... the last Turkish military post to leave the areas controlled by the Syrian army in Idlib countryside, which was stationed on the M5 road south of the "Dweir" junction north of "Saraqib"

An earthquake measuring 6 degrees strikes the Salta region in Argentina

Indonesia: 11 people were killed and 18 others injured in a landslide in West Java 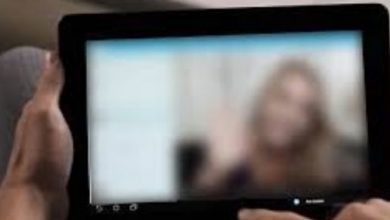 An Iraqi blackmails his wife with her pictures !!

Adolf Hitler moves into his underground bunker, the so-called Führerbunker.

The Space Shuttle Columbia takes off for mission STS-107 which would be its final one. Columbia disintegrated 16 days later on re-entry.

The first impeachment of Donald Trump formally moves into its trial phase in the United States Senate.[22]