Psychological problems take a large part from our reality and many people reject their need to communicate with a mentor or a psychiatrist. We have contacted several doctors and counselors with whom we will try to address the most prominent direct and indirect psychological problems.

Within the first report, Dr. Fadi Al-Yazji provided us, through an interview with him, with some information, through which we hope to provide you with the information.

To readers and followers who wish to inquire about any psychological problem, contact us on the following numbers, noting that the topic that captures the readers ’interest will be our topic of discussion and dialogue in the coming issues.

Here is the interview we had with Dr. Fadi Al Yazji:

A 1: Who among us has not gone through painful reality circumstances such as the sudden death of a relative, a specific illness, or trauma from friends or loved ones … Every problem in the tangible reality affects us and reflects on the psychological behavior of the individual.

Q2: Do you think that the individual may admit somewhere that he has become in need of psychological follow-up?

C2: A person is exposed to physical and psychological illnesses every day of his life. We must reach important points of awareness of the dear ones that, if not treated, mental illness may worsen and corrupt its owner just like physical illness … Can a diabetic patient remain without treatment? If the patient continues to refuse his recognition of his need for psychological treatment, symptoms will indirectly accumulate to him, to become like a diabetic or a heart patient, his life becomes threatened without proper diagnosis and treatment.

Q3: Is every psychological problem classified under the name of the disease and requires treatment?

C3: Every physical, psychological, or neurological problem was neglected and the appropriate environment was found for its development. Inevitably it will become a disease.

This does not mean that every psychological problem that may develop may stop at a certain limit in the event that the circumstances causing it change, but this does not mean a cure because this problem may appear more strongly when trauma or a specific real problem.

Q4: If we want to keep up with the psychological problems and present the information in a simplified manner as possible to present to the readers the benefit and the text, where can we start?

C4: Every life, daily, family, study, etc. problem is the causes of the psychological problem, and here is the personality of the individual, his ability to receive and his method of direct and indirect reaction to overcome the realistic problem, if the social problem finds the appropriate place to enter the circle of psychological or behavioral imbalance

Q5: What are the diseases that are classified under the name of obsessive-compulsive disorder, if you will?

C5: Anxiety, tension, fear, lack of sleep, too much sleep, depression, loss of appetite, overeating, avoiding mixing with people, or not engaging in society, fear of feelings, such as refusing to offer love or friendship to others, exaggerating feelings such as satisfactory attachment to a family member, children, or someone Friends crying for no direct cause, frustration, resorting to loneliness, excessive suspicion, vanity, lack of self-confidence, and there are many psychological problems that are classified in one way or another under the category of obsessive-compulsive disorder.

Q6: What are the most common symptoms of obsessive-compulsive disease?

A6: Difficulty breathing or shortness of breath from time to time without an organic cause Difficulty swallowing Feeling vomiting Dizziness Severe pressure in the head Fugues Exaggerated irritation and overly moody reactions Eating nails Hurt the body Forgetting and lack of focus Feeling chest pain without an organic reason Dreams Annoying and so on …

Q7: Are abnormalities classified among the symptoms of obsessive-compulsive disorder?

A7: There are types of abnormalities from obsessive-compulsive diseases, which we will talk about later.

Q8: I have previously said that every person is exposed to social crises, and these crises are the cause of psychological problems. Does this mean that every individual has a specific mental illness?

A8: Every person has a different ability to respond, and it is better to postpone answering your question until we finish raising psychological problems, their symptoms and causes.

Q9: Are psychological problems related in some way to genetic factors?

Q10: What is the problem that you think should be addressed first?

A10: I would prefer to allow the followers to choose the psychological topic in the next issue.

We have to face the truth and acknowledge ourselves in the event of any apparent or mystical defect in our behavior and our own thinking, and let us try to monitor the behavior of our children and youth because the major problems start from the areas of simple imbalance in the performance of behavior. I know that the requirements of life are many, but what our children need most is our real existence.

We have to be aware of the faults of our behavior in front of our children and study our reactions because we are the ideal for them, so let us be the good example for them as much as possible. 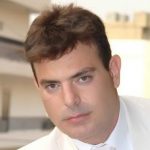 Europe criticizes the decline in respect for democratic standards in Turkey