A new crime shakes Lebanon, where the Lebanese model Zeina Kanjo was strangled by her husband Ibrahim Ghazal at their home in Ain Mreisseh in the capital, Beirut.

Mohamed Kanjo, Zina’s father, and in a press statement confirmed that his daughter was being beaten by her husband, confirming that she submitted a domestic violence case before the Beirut Judicial Detachment.

He added, “She did not separate from him, and before committing his crime, I spoke to her and he was next to her, and it was 12:15 in the afternoon, after which I received a call from the police station through which I learned about the disaster, and that Ibrahim fled the scene after he snatched my heart’s thrill. Al-Sabah I received her body. “

He continued: “The forensic doctor mentioned that my daughter was strangled by her husband, and he is from Tripoli, a resident of Beirut, a few years older than her, after they were involved for months during which he appeared to be a criminal, and when she informed us of his abuse and besieging him with a complaint against him, he responded by committing his crime.”

Zeina’s father called on the Lebanese security forces to follow the case “seriously, and work to stop him, so that he could be punished, and he insisted that he be executed by hanging, because this monster does not deserve life.”

Zina’s sister revealed that her sister’s husband, Ibrahim, had stolen the victim’s car, her money, and her gold.

The Nile swallows an Egyptian and his daughter

Arab countries sympathize with Turkey over the disaster

The Nile swallows an Egyptian and his daughter

Arab countries sympathize with Turkey over the disaster

Loss of a Greek training plane piloted by an Iraqi pilot 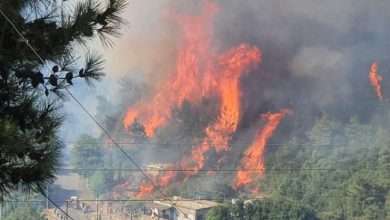 Lebanon is on fire

After the floods, an explosion in Germany 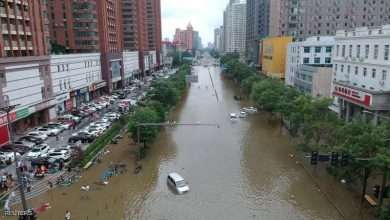