The “supercomputer” predicted the scenario that the European Football Championship, postponed from 2020, will witness to the period between June 11 and July 11, due to the Corona pandemic.
The start of the French team, which is full of stars at the forefront of the candidate teams for the title.
The Portuguese national team is led by Cristiano Ronaldo, in the defense of the European champion title.
Germany and Spain will also look to make the event, while the Belgian “golden generation” will try to emerge victorious, and there may also be some “black horses”, such as Denmark, Turkey and Austria, who are looking to achieve positive results and surprises in the tournament.
And as always, football is difficult to predict, but the “supercomputer”, brought out its results and predictions for the European event
Here are the expected results:
Group role:
Group A: The Italian and Turkish teams qualified for the group from the first and second places, respectively, while the Swiss team will qualify, as one of the best third-placed teams, while Wales, led by Gareth Bale, will be eliminated from the competition early.
Group B: The Belgian team is expected to top the group, while the Danish team will beat the Russians and take second place, and the group will see three teams qualify for Russia to reach the Round of 16 as the third best in the groups, and Finland will be placed in fourth place.
Group C: The Dutch team will top the rankings of its group, followed by the Ukraine team, and this group will get a third card and will be the share of the Swiss team, and North Macedonia will be eliminated from the competitions by placing it in fourth place.
Group D: England will be at the top of this group, and will be accompanied to the next round by the Croatian team, while the Czech and Scottish teams will come out in third and fourth places.
Group E: The Spanish team is the undisputed first, while the Polish team, led by top scorer Robert Lewandowski, will take the runner-up position from the Swedish team in the absence of its veteran star Zlatan Ibrahimovic, and will bid farewell to the tournament with Slovakia.
Group F: The “supercomputer” expected that France, the runners-up of the last edition, would take the lead in the “death” group ahead of its defending Portuguese counterpart, and accompanied by Germany to the final price, as one of the best third-place teams in the groups, while Hungary would be Victim of the “Death” group.
Round of 16 for “Euro 2020”
The “supercomputer” also logically expected that the Belgian team would overcome the obstacle of its Swiss counterpart and reach the quarter-finals, and the Italian “Azzurra” team would qualify for the same round at the expense of its Ukrainian counterpart.
The French team continues its campaign at the expense of its Austrian counterpart, while the Polish team’s campaign ends at the hands of its Croatian counterpart, which may frustrate the hopes of Bayern Munich’s top scorer Lewandowski, of obtaining the Golden Ball.
The “supercomputer” also predicted that Portuguese star Cristiano Ronald, who is looking for a sixth golden ball in his history, would lose his country against England.
While the Spanish national team will continue its campaign at the expense of its Russian counterpart, and avenge it for its loss in the 2018 World Cup.
The German team will also reach the quarter-finals at the expense of its Dutch counterpart, and the Turkish team at the expense of Denmark.
Senior Eight Round:
The Belgian team will end the Italian counterpart’s campaign in this round, while the French team will continue its search for the title at the expense of its Croatian counterpart.
The English national team “Black Tuesday” will overcome the obstacle of its Spanish counterpart, “Fora La Roja”, while the German team, “Mannchevt”, will put an end to the adventures of its Turkish counterpart.
Semi-finals “Golden Square”:
The “supercomputer” predicted that the German national team would beat England, the cradle of football, on penalties, after the match ended with a two-goal tie each.
As for the second match in the semi-finals, the French team will beat its Belgian counterpart with two goals to one, to eliminate the dreams of the “Red Devils” to reach the Wembley final.
Final “Euro 2020”
The “supercomputer” predicted that the French “rooster” team would beat its German counterpart by three goals to two, and include the title of the European Nations Cup “Euro 2020” to the title of the 2018 World Cup champion in Russia. 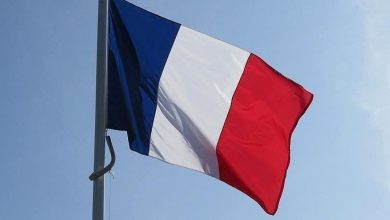 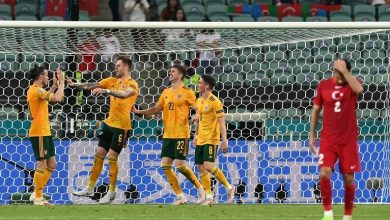 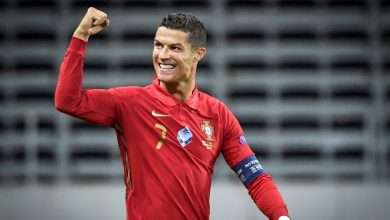 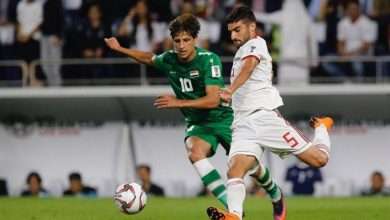 The face of death between Iraq and Iran