An investigation whose findings were recently unveiled revealed that thousands of children,

including infants, were killed in 18 mothers and children care homes run by the Church in Ireland.

The Commission of Inquiry into Mothers and Babies Care Homes that was formed to investigate what happened in 14 mother and child homes and 4 district care centers from 1922 to 1998 – announced that 9,000 child deaths were recorded.

The investigation, which lasted nearly 6 years, found that about 56 thousand people – from girls as young as 12 years old to women in their forties – were sent to 18 institutions that were investigated, where about 57 thousand children were born, one in every 7. Of these children (15%) did not survive long enough to leave the home, yet the state did not express any concern about the high death rates, although this was “known to local and national authorities” and was “recorded in official publications.”

The report, which described infant mortality rates as “the most disturbing features of these institutions,” said: Before 1960, mothers and children’s homes did not save the illegal “children’s lives”. In fact, they seem to have greatly reduced their chances of survival.

On his part, Minister for Children, Equality, Disability, Inclusion and Youth, Roderick Ogorman, said: “The report demonstrates that for decades, Ireland has enjoyed a culture of stifling, oppressive and brutally hostile women, where stigmatization of unmarried mothers and their children sometimes robbed their future.”

An earthquake with a magnitude of 5.5 hits Afghanistan

Switzerland .. Two people were killed in avalanches in the Alps

An earthquake with a magnitude of 5.5 hits Afghanistan

Switzerland .. Two people were killed in avalanches in the Alps

Ethiopia warns Sudan of "impatience" in a border dispute 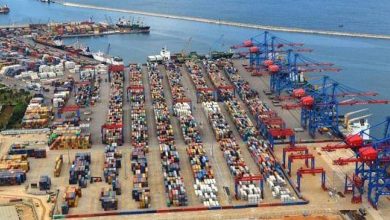 Thwarting a dangerous operation in the port of Beirut

An earthquake measuring 6 degrees strikes the Salta region in Argentina

Indonesia: 11 people were killed and 18 others injured in a landslide in West Java